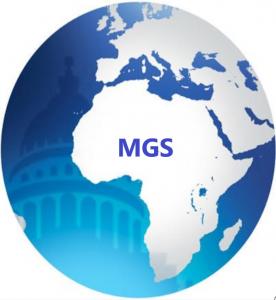 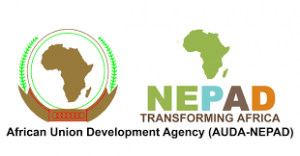 Reshaping of Africa’s Development through Science, Technology, and Innovation

The AUDA-NEPAD Centre of Excellence in STI comes with the potential to provide substantial support to fast-track both the implementation of STISA-2024, AfCFTA, the Continental Education Strategy…”

According to the United Nations Conference on Trade and Development (UNCTAD) Economic Development Report for Africa (2021), thirty-four percent (34%) of African households are poor, living in some of the world’s most unequal societies with a regional Gini index of 0.40. Several African Union (AU) Member States have yet to develop efficient ways to support long-term growth and raise living conditions for most citizens who remain impoverished. The present rise of the 4th Industrial Revolution (4IR) holds immense potential for improving Africa’s sustainable development trajectory by creating more employment opportunities and promoting a level of entrepreneurship that reduce poverty.

According to the Brookings Institute’s Foresight Africa report of 2020, mobile technologies and services have created 1.7 million direct jobs, both formal and informal, contributing $144 billion in economic value or 8.5 percent of Sub-Saharan Africa’s Gross domestic product (GDP), and $15.6 billion in tax revenue to the government. Digitisation has solved information asymmetry issues in both the financial system and labor market. This has resulted in an increased efficiency, certainty, and security in an environment where information flow is vital for economic growth and job creation.

Investing in Science, Innovation, and Technology (STI) is critical for Africa to achieve both Agenda 2063 and the 2030 Agenda for sustainable development. Research and innovation aim to boost the continent’s socio-economic development in the current knowledge-based and innovation led-economy. STI is a prerequisite for moving forward with the implementation of frameworks like the Science, Technology, and Innovation Strategies for Africa (STISA-2024) and the African Continental Free Trade Area (AfCFTA) which promote the attainment of both continental and global development goals. STISA-2024 supports a target pledged in the Lagos Plan of Action of 1980 requiring all AU member States spend at least 1% of their GDP on research to include national science, technology commissions, councils, and research institutions across African to keep up with the changing digital 4IR environment.

Despite the potentiality of the 4th Industrial Revolution, Africa appears to be lagging compared to other continents despite its wealthy youthful population and natural endowments. Fostering an innovation-driven and knowledge-based economy in Africa will be entirely dependent on how member States develop science and technology and innovation policies based on evidence.

The same applies when these policies are in alignment with national development plan’s priorities and provide both technical and financial support to promising innovative ideas and projects developed by young start-ups from across Africa. An investment in business innovation will improve the quality of products, process, organisational and commercialisation method for firms. The ability for African firms to compete with foreign investors can lead to resilience allowing more micro, small, and medium enterprises to take advantage of AfCFTA’s mega-market prospects.

According to the UNESCO Institute for Statistics report on Data for SDG 9.5 on Research and Development spending and personnel for 2020, Europe and North America, Eastern and South-Eastern Asia spent 2.25 percent and 2.13 percent of GDP on R&D, also known as Gross Domestic expenditures on R&D (GERD), respectively, while Sub-Saharan Africa spent 0.38 percent and Northern Africa and Western Asia spent 0.81 percent. Given the importance of STI in driving development, this lack of investment in R&D raises concerns about whether Africa is ready and will be able to meet its commitment to reaching both global and continental development goals.

Expediting or enhancing the implementation of STISA-2024, which argues for Africa’s transformation into an innovation-led, knowledge-based economy, requires pushing both the government and business enterprises sectors to adopt STI and to comply with the target in securing appropriate funding to Research and Development (R&D). Policymakers and decision-makers play a critical role in ensuring there are enough funds and implementation of relevant supranational policies such as Agenda 2063 (Aspiration 1), STISA 2024 priority areas, National Development Plans (NDPs), and national science and technology policies to foster innovation. Thus, being more inclusive with grassroots Africans in the process will ensure that no one is left behind as far as socio-economic development is concerned.

Taking advantage of most of the radical innovation known as the emerging technologies, robotics, cyber-physical systems (CPS), the internet of things (IoT), cloud computing, biotechnology, nanotechnology, cognitive computing, gene therapy, and artificial intelligence will help in one way or the other to revolutionalise various development sectors. For instance, in sub-sectors such as manufacturing , agriculture, education, health, and service provision, emerging technologies are already contributing significantly to enhancing productivity, efficiency, and effectiveness of activities in the respective areas. Putting more financial, and non-financial resources, as well as implementing the existing policies on ST and/or Innovation, will further facilitate progress in these sectors.

On this note, a newly established AUDA-NEPAD Centre of Excellence in STI (AUDA-NEPAD CoE-STI) under a partnership between AUDA-NEPAD, South Africa’s Council for Scientific and Industrial Research (CSIR), and Stellenbosch University is a foundation stone towards enhancing STI’s role to accelerate development. The AUDA-NEPAD Centre of Excellence in STI comes with the potential to provide substantial support to fast-track both the implementation of STISA-2024, AfCFTA, in addition to the Continental Education Strategy for Africa (CESA) and reshape Africa’s development context. The focus of AUDA-NEPAD CoE-STI on potential areas such as basic research, applied research, development, and innovation (RDI) will expedite technology advancement which in turn will lead to broader economic growth in Africa.

Identifying and selecting promising innovations, as well as promoting their adoption across Africa’s development ecosystem, would help accelerate socio-economic transformation at the national, regional, and continental levels. On top of that, the new AUDA-NEPAD’s mandate and convening power give it more responsibilities to serve Member States and Regional Economic Communities. This can help sustain the vision of the Centre of Excellence in STI to spearhead the development of evidence-based solutions and improve expertise/critical skills in specific thematic areas to sharpen the delivery of National Development Plans (NDPs) and Agenda 2063 for Regional Integration.