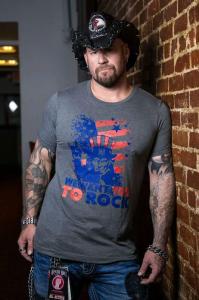 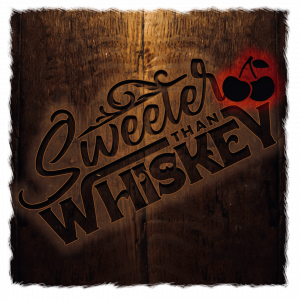 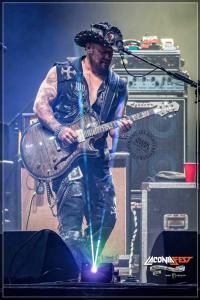 With his new single, Sweeter Than Whiskey, Scott Bartlett has taken steps toward another amazing accomplishment

MEMPHIS, TENNESSEE, UNITED STATES, April 8, 2022 /EINPresswire.com/ — Raised in Baltimore, Maryland, Scott Bartlett attended the prestigious Gilman School. He excelled at academics and was involved with the Glee Club, a barbershop quartet known as The Traveling Men, and he was also an athlete, notably being part of their football program, which held the Division 5 AAA championship title his junior year. In addition to academics and athletics, still finding unused hours on his calendar, he founded The Spirit Committee at Gilman as well as participated in three theater productions every year. Bartlett says his two favorite roles were Jesus in Jesus Christ Superstar and Cyrano in Cyrano de Bergerac. He received both The Faculty and Music Awards while attending Gilman. An additional fun fact- he was also the Maryland State Bench Press Champion.

Music was a major focus beginning very early in life for Scott. Fronting a band while in the 8th grade, he quickly decided that he wanted to learn how to play the guitar and began taking lessons. That love and dedication to music continued into and throughout college leading him on a now twenty plus year journey as a highly recognizable and accomplished artist.

Many of Bartlett’s classmates went on to attend ivy league schools, but Scott knew he wanted his life to take a different direction. The city where Rock N’ Roll was born and the home of The Blues, Memphis- the place he still calls home attracted his interest.

Bartlett attended Rhodes College in Memphis, Tennessee, graduating with degrees in classical guitar, composition, and finance. Never one to be still, he didn’t waste any time putting his knowledge to use. He continued touring with his own bands as well as teaching music and picking up studio sessions. Despite his popularity, he still experienced the struggles that many musicians do and after several disappointing deals with labels falling through, he knew he needed to possibly rethink his life plan. It was then he was offered an opportunity for an internship with HBO on the East coast. With other avenues to create consistent and sustainable revenue not looking as promising as he had hoped, taking the position with the huge entertainment company seemed his best option. Needing to finance his drive home, he took a studio session that led to an invitation to join the band he was recording for. Plagued with indecision; stability vs. chasing the dream, and maybe most importantly weighed down by the extreme concern from his family about passing up an incredible opportunity, he had a very difficult choice to make. He struggled with indecision but ultimately one factor helped push that hesitation into a commitment to the new band. Bartlett credits Grammy award-winning producer and songwriter Skid Mills and his production of his guitar studio work he had done with pushing him to choose music. He says, “You’re always curious what it sounds like after a session. So, I heard some of the music and I was like, that’s ME on guitar?! Skid was just such a great producer and engineer. I had never heard songs sound so much like hits before that included work that I had done.” Continuing, he adds, “I opted to roll the dice one more time.”

That leap of faith turned into the Southern Rock group Saving Abel and they quickly rose in popularity and fame with their first hit “Addicted”. They followed up that success by charting top-five singles “18 Days” and “Drowning” from their self-titled debut album, Saving Abel.

Throughout his career as a touring artist, Bartlett has had opportunities to partner with well-known brands like Paul Reed Smith Guitars, Bogher Amps, and Buckle. After mentioning those, he requested that “and Jägermeister for the party enthusiasts out there!” be added into that mix.

Perhaps even more impressive than showcasing those partnerships would be pointing out his newest business venture. Bartlett excitedly mentions his recent purchase of Young Avenue Sound, a first of its kind recording studio in Memphis. When renovations are complete, the location will not only feature a state-of-the-art recording studio, but also an Airbnb. He has also grown and diversified his personal brand by creating and independently promoting his own custom clothing line under the umbrella of The SB Creations.

Leading a life most only dream of however hasn’t come without its hardships. Touring takes its toll on even the most fit artists and in 2017 he suffered a near fatal cardiac event, which resulted in the placement of a pacemaker to assist in regulating his heartbeat. Always being one to keep pushing forward and staying positive, he used his experience as an opportunity to start Rock N’ Roll for Hearts, partnering with Athletes for Hearts on the charity. Along with the launch of Rock N’ Roll for Hearts, he released the single, “This Old Heart of Mine”.

Bartlett’s original music has been described as “decidedly southern rock” influenced heavily by his favorite group, The Allman Brothers Band. He says, “I’m a singer-songwriter that writes from experience, but to me it can all be categorized as rock n’ roll. That’s because of the way I play guitar.”

In 2014 he released his first EP as a solo artist followed by multiple independent releases as well as several tracks as part of a duo dubbed, “Mad Souls.” His current single, “Sweeter Than Whiskey”, was released in March is quickly proving to be a fan favorite.

You can find more information and follow Scott Bartlett on social media.

Listen to “Sweeter Than Whiskey” here