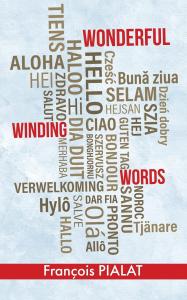 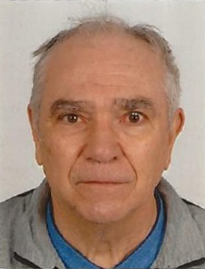 SOUTHEASTERN, FRANCE, April 4, 2022 /EINPresswire.com/ — Learning lessons is often easier when the process is fun and entertaining. This is how author Francois Pialat helps his readers improve their proficiency with different languages. In the pages of “Wonderful Winding Words: How expressions are felt” he shows readers how to better convey their thoughts and feelings with different languages as well as gain a better understanding of themselves through said languages.

In an issue of the journal Frontiers in Psychology, researchers discovered that people experience emotions differently depending on the language they used. They were more attuned to their emotions when using their native tongue, whereas there was reduced emotionality when they used their second languages. The author encourages readers to discover the culture of other countries by mean of languages; he feels that the word “civilisation” obtains its true value and full sense when it encompasses culture.

With this in mind, Pialat has a playful take on the different ways people experience emotions depending on the different languages they use. He shows readers how their expressions are modified according to the countries and cultures they are in, which can lead to a lot of humorous misunderstandings as well as intentional puns and japes. The more languages one knows, the more fun one can have. So he invites his readers to have as much fun as possible by brushing up their linguistic skills, becoming playful polyglots with a preponderance of priceless phrases.

Ultimately, Pialat’s aim is to foster improved understanding between people of differing cultures, backgrounds and languages, by showing them the differences and universal similarities between various nationalities. At the same time, by keeping the process fun and entertaining, he hopes to give readers an engaging experience that will help them absorb the lessons in a way that is different from old-fashioned textbooks.

“Playing with words and letting it be known to people that it is essential to understand the facts that our culture may be quite different from others.” Pialat says. This work compliments his previous book, “Wonderful Winding Words: Touring in four languages,” a similarly playful playbook for polyglots that helps readers gain fluency in not just one new language or two new languages… but four new languages, namely Chinese, English, French and German. With his works, readers will gain a renewed appreciation of the joys of learning languages as well as lessons that they can use when they travel abroad.

Francois Pialat studied in Bournemouth, England, Tubingen and Bochum, Germany. The French author discovers ethnology with the hill tribes of the Golden Triangle, Thailand. His passion for Asia leads him to study Asian languages and civilisations. Passionate with foreign languages and cultures, especially the Far East, he is currently retired. He has been interviewed by Kate Delaney on her radio show.

5 Instances Where Emergency Same-Day Loans Can Come in Handy