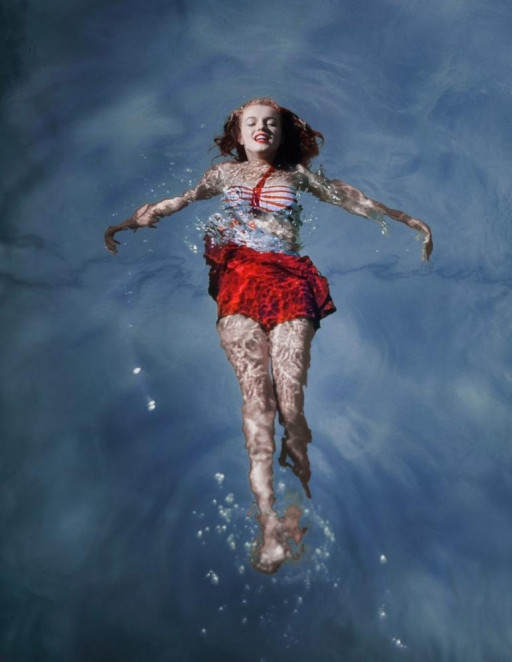 In its most anticipated release to date, Phto. — an NFT Fine Art Photography pioneer and industry leader — announced the "Innovation of Influence,'' a curated digital collection paying homage to one of the most photographed women in history: Norma Jeane. This historically significant catalog features imagery captured through the lens of legendary photographer Richard C. Miller — the only photographer to photograph the Hollywood icon from the start of her career as Norma Jeane through the end of her career as legendary actress, singer and socialite Marilyn Monroe.

This extraordinary release of the Norma Jeane collection by Miller, which has been exhibited, collected, and sold by institutions such as the Getty Museum and Christie's, features fascinating rare images of the storied starlet that will be sold as digital NFT collectibles for the very first time.

This iconic and incomparable collection includes both photographs and original negatives in which Miller captures Norma Jeane's transformation from her early years as a shy and unknown 19-year-old rising talent and Armed Forces pinup to America's beloved actress, singer, and generational-icon Marilyn Monroe.

Phto. has licensed nearly 100 of these rare photographs and negatives as Limited Edition and 1-of-1 Fine Art Photography NFTs that come complete with a first-of-its-kind, blockchain-native Certificate of Authenticity. Featuring stunning portraits of the would-be superstar as both an ambitious teenager and a Hollywood powerhouse, this vibrant mid-century digital collection will go live for sale on Friday, Oct. 14, on all reputable digital asset marketplaces at a price of approximately $100 USD each. View a preview of the collection at https://www.phto.io/normajeane.

Included within its limited-edition "Innovation of Influence" release, Phto. will also auction a series of 1-of-1 mixed-media and AI collaborations with five renowned Web3 creatives: Claire Silver, Jeremy Cowart, Sara Baumann (aka Sparky), Jeneva and Amber Vittoria. Each artist will place their signature style on a unique photograph from Miller's collection, further amplifying and exemplifying the capabilities of fine art photography as a digital asset.

"We are grateful for the opportunity to honor Norma Jeane and Richard C. Miller's legacies while also furthering the standard for digital ownership and provenance within the world of fine art photography," said Phto. "It has been a privilege to curate the collection, and we're elated to bring these rare, historic photographs to an audience of fine art enthusiasts and digital collectors around the globe."

To learn more about the Phto. "Innovation of Influence" collection and others, or to submit photography for licensing consideration, visit Phto.io.

Original Source: Historic Marilyn Monroe Photographs to Be Sold as a Digital NFT Collection in the Metaverse