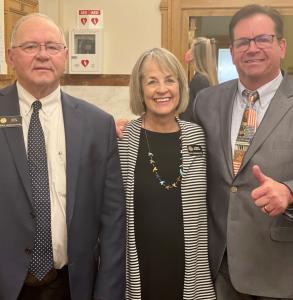 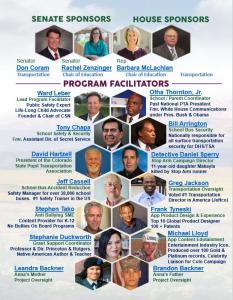 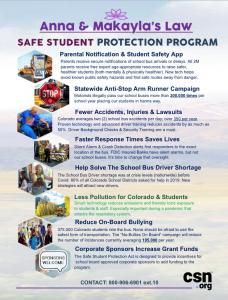 Colorado prepares to become the leader in student and school bus safety nationwide by collaborating with the Child Safety Network (CSN).

For Child Safety Network, making the world a safer place for children to live is what we love most. We are about to learn if Colorado shares that priority.”

The bill title was symbolically renamed Anna & Makayla’s Law to honor just two of the 11-year-old girls that lost their lives in unrelated school bus tragedies. Those tragedies could have been prevented along with thousands more had CSN’s proposed technology and training been enacted in a timely fashion.

Once the bill is through the Appropriations Committee a House floor vote occurs where SB22-085 can finally become a law. One aspect that CSN absolutely requires as facilitators of state funds is total transparency of the use of all state funds.

Near the end of the session in 2019 an amendment was voted on to provide $5 million dollars from a $100 million Transportation Bill. The requested amendment received unanimous consent by the Senate. Then, it was killed by the House and little Anna’s life was held in the balance along with thousands of other casualties that could have been prevented if the legislature acted more quickly.

Ward Leber, Founder & Chairman of CSN, the 33-year-old national leader in providing lifesaving resources for children and youth Pre-K to 12 grades had this to say about the three-year delay: “It’s easy to see that many Colorado Lawmakers were sincere about making that amendment stick and saving lives, none fought harder than Jerry Sonnenberg, Rachel Zenzinger and Don Coram”.

With just four days left in the 2022 legislative session, and after several attempts along the way to fund the total $5.5 million year-one budget, Colorado has proven that it is ready to become the nation’s leader in school bus and student safety. Now once again, its all up to the House of Representatives. The estimated cost of the three-year program to protect approximately 980,000 Colorado students, 365,000 that ride 8,000 school buses, and provide parenting and public safety resources to all two million parents (over three years), will exceed $45 million.

CSN did not ask for $45 million (a tiny percent of the state’s massive budget surplus). Instead, it only asked only for 12.5% of that amount and plans to obtain the other 87.5% from school board approved sponsors procured by CSN.

However, it should be noted that before the Senate send the bill to the house, it voted to provide $5 million on April 6th. Then, when the media and Anna’s grieving mother had left the capital, they once again defunded the bill back down to zero dollars.

CSN has been supporting Colorado’s school bus safety and security out of their own pocket for three years and it is able to provide the nation’s top experts to facilitate and implement the law. If this bill was given the requested $13.5M (over three years) that would cost only three cents per student per day. The state has spend over $100 million on school safety and security, but CSN is unaware of any funding for school bus safety & security, certainly not like this.

“Students are at greatest risk of being injured or killed when they are on their way to or from school. Why in the world have the needs of making the school buses harder targets with better drivers and technology been ignored by Colorado for so many years?” Asked Bill Arrington, one of the nation’s most experienced transportations security experts.

Not only does the state ignore the needs of the transportation departments, before sending the bill by unanimous consent to the House, the Senate leadership took away 40% of any already tiny budget request. We realize that the state needs to keep the money in the classroom, but getting students there and back safely comes first.

Watch this program video to learn why the bill costs the state “zero dollars” over time as it saves more than it costs:

1. Work to reduce the 360 school bus accidents that Colorado averages each year by 50%

2. Create public awareness to reduce approximately 200,000 illegal “stop-arm” runners by 60%. *These motorists refuse to stop for the school bus when the red lights are flashing, the stop arm is deployed and the kids getting on or off the bus (which is how students like Makayla lost their lives.

6. Help parents steer clear of known public safety hazards; and over-time receive safe routes away from the dangerous locations where they may already find themselves (like wildfires).

7. Install a silent alarm that will expedite first responders to the school bus’s location when the children’s buss is in distress due accident, weather, mechanical failure, or on-board incident.

9. For parents whose kids ride the bus, the app will provide them with arrival times, delays and communication with the school which finally gives parents peace of mind and eliminating the flood of calls to the school’s understaffed transportation department.

10. Utilize CSN’s 30 years of experience developing corporate sponsors to pay for the cost for expanding and maintaining the program by allowing school board approved sponsors to be recognized in the app and on the school bus.

https://vimeo.com/manage/videos/693540912. Here is the story after the $5.5 was taken away and the bill was dying in appropriations