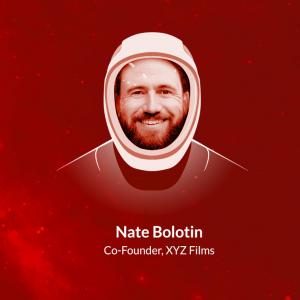 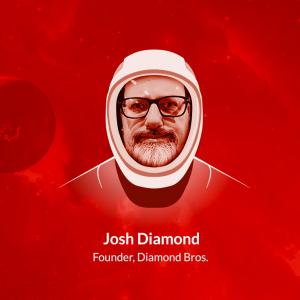 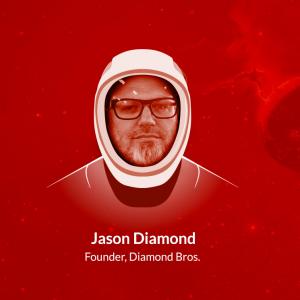 Bolotin co-founded the prolific LA Based studio XYZ Films with Nick Spicer and Aram Tertzakian in 2008. XYZ Films is an independent studio, fully integrated with production, financing, global sales, talent management and US distribution.  XYZ Films’ titles include “The Raid” franchise, 2017 Sundance winner “I Don’t Feel at Home in This World Anymore” and Nic Cage starring cult hit “Mandy”. Recent productions from the company include Netflix’s sci-fi thriller “Stowaway”, starring Anna Kendrick and Toni Collette, and Gareth Evans’ action thriller “Havoc”, starring Tom Hardy and Forest Whitaker- also for Netflix. Bolotin also advises for several cryptocurrency projects and oversees blockchain and web3 initiatives for XYZ, as they expand into the Metaverse with their IP. He has a BA in Business Economics and Film Studies from UC Santa Barbara and an MFA from UCLA Producer’s Program.

Jason and Josh Diamond, also known as ‘The Diamond Bros’, are the founders of a decades long, emmy-award winning, full-service, creative production company who were integral to the launch of Frame.io which sold to Adobe for $1.275 billion in 2021. Frame.io is a cloud-based collaboration platform that enables you to stay connected with all your teams, on videos, images, and more, from anywhere on the planet. The Diamond Bros are collaborators and innovators that combine artistry and technological prowess to integrate bleeding edge technology with bold creativity. They’ve premiered films and documentaries at numerous film festivals and worked with such iconic brands as Volvo, Lincoln, Sesame Street, Sony Playstation, Hasbro, Oculus and Disney as well as across multiple tech platforms and streamers. The Diamond Bros. bring a creative global marketing focus to Musk Gold as well as will be working side by side with the Musk Gold team to create an interactive, connected Metaverse that continues to grow the Musk Gold vision beyond Earth.

$MUSK Gold is a decentralized peer to peer digital asset, known as the “Gold of the Galaxy.” This token is a fully launched and developed commodity designed to be used on Earth, but also: (1) in digital outer space or other virtual reality platforms and metaverses; (2) alternate reality video games; and (3) non-fungible token marketplaces. $MUSK Gold will focus future projects developed under their ‘five pillars’ essential for humanity to thrive: Energy, Communication, Transportation, Architecture, and Digital Assets. Taking a cue from Elon Musk naming his car brand after his idol Nikola Tesla, $MUSK Gold is an homage to arguably this generation’s greatest pioneer. Learn more about $MUSK Gold on their official website at www.Musk.Gold Follow along with $MUSK Gold Socials at — https://linktr.ee/MuskGold

Disclaimer: This material should not be taken as the basis for making investment decisions, nor be construed as a recommendation to engage in investment transactions. Elon Musk nor any of his companies are associated with $MUSK Gold.

Musk Gold “Gold of the Galaxy”