GLOBAL CRISIS. WE ARE PEOPLE. WE WANT TO LIVE. 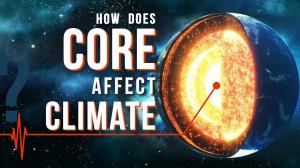 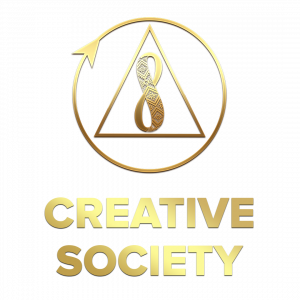 We can’t just watch climate change in silence, something has to be done about it. Many people understand this, not only those who are in the midst of disasters.

Humans are not to blame for the increase in CO2. It is volcanic eruptions that are to blame. The oceans and now the Amazon forests as well are actively producing CO2. ”

— Global Crisis. We Are People. We Want to Live.

NEW YORK, NY, USA, April 19, 2022 /EINPresswire.com/ — We can’t just watch climate change in silence, something has to be done about it. Many people understand this, not only those who are in the midst of disasters. The International Online Forum “Global Crisis. We Are People. We Want to Live“, which will take place on May 7, is exactly about this, about the value of each human’s life. This event is unique: simultaneous interpretation into 100 languages and participation of 180 countries. No one has ever organized anything like this before.

What is happening to the climate right now is absolutely abnormal. The facts are as follows: unusual behavior of Gulf Stream, the planet keeps warming despite solar minimum, deep-focus earthquakes happen more often, magnetic excursion at the poles has been recorded, volcanic activity has increased (even those volcanoes that have been sleeping for thousands of years are waking up now), the ozone layer of the planet is depleting. These are just facts, and, most importantly, they have nothing to do with anthropogenic human activity.

Due to the Earth’s core shift in the late 1990s, as it is reported by scientists and data from space satellites, the centrifugal force increased, magma began to drift to the surface, underwater volcanoes became active, and the oceans began to heat up extremely. Excess heat from the surface of the oceans is removed by hurricanes and typhoons. The wind speed and frequency of these natural disasters have now increased. The Earth is trying to “bring the temperature down,” and it is succeeding so far. However, the heating continues.

Due to the heating of the planet, glaciers are rapidly melting – the volcanoes under Antarctica (its western part) and Greenland (subglacial lakes) have become active. Eventually, if nothing is done, the situation will lead to a volcanic winter, which is a natural response of the planet to cool the surface. The recent eruption of the Tonga volcano is a vivid confirmation of this. All of this happens due to cyclical processes that take place every 12 thousand years, which is confirmed by data from the analysis of ice cores in Greenland and Antarctica.

What shall we do?

What happened 12,000 years ago is not pleasant information for people living today. It’s worth mentioning that due to temperature differences, mammoths froze instantly, without having time to digest the food they had eaten. First, the Gulf Stream stopped, then it started again when everything began to melt and the glaciers gradually began to move northward again. Obviously, no bunkers would help in such a situation. But then what to do?

The answer is very simple. As long as we still have time, it is necessary to unite the scientific potential of humankind. It is important to do this for two reasons. First, the attention of the scientific community will be switched from conflicts to the creation and constructive dialogue. And secondly, it is an objective opportunity to minimize the consequences of ongoing catastrophes. The idea is to move away from the consumerist format toward a creative society.

Why is this necessary? Because in the consumerist format, it is people that are blamed for the ongoing climate change, attributing the so-called “carbon footprint”. It would be funny if it weren’t so sad: people over 60 have already been blamed for climate change. It is not difficult to predict what will happen next given the intensification of cataclysms. Unfortunately, we are one step away from genocide and the liquidation of “extra people”.

The way out and the solution

Humans are not to blame for the increase in CO2. It is volcanic eruptions that are to blame. The oceans and now the Amazon forests as well are actively producing CO2. Something has happened to nature and this is an obvious fact. But this process is related to cosmic radiation. It is a cycle happening once every 12 thousand years. This is what scientific brainstorming is for – to get to the bottom of the truth. This is why there is a neutral information platform where volunteers from around the world organize conferences and forums.

This spring, on May 7, there will be a live broadcast of a significant international forum “Global Crisis. We Are People. We Want to Live.” The key topic is climate change, which is the only enemy of humanity. Today, right now, we must stop all conflicts and come to the negotiating table. All the conditions are created for this and, hopefully, sanity will prevail. The start of the live broadcast is at 15:00 (GMT). Now, it is very important to keep informing about the positive agenda, about the creative option for social development.

Global Crisis. We are People. We Want to Live | Official trailer. International Forum.

The post “Global Crisis. We Are People. We Want to Live” 05-07-22 first appeared on Reality Syndicate Viewers.