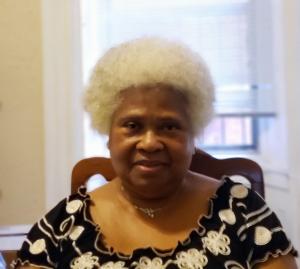 Race is not everything and African-Americans have contributed greatly to the development of the nation. 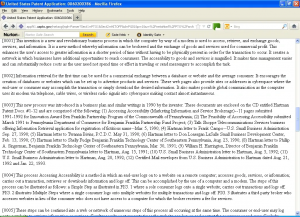 The Biden administration continues to show both a lawless and lawful side to the Public . Inventor has been subjected to endless secretive and crooked trials .

I have never abandoned or relinquished my property . I continue to fight . Help me as I have helped you . I know that many of you benefit from the use of the Internet . I designed it for the people.”

PHILADELPHIA, PA, UNITED STATES, April 4, 2022 /EINPresswire.com/ — This case goes far beyond mere whistle blowing . The Inventor alleges that the federal government took possession of personal property owned by her as it never paid or took legal steps to take her intellectual property and make the Internet that it transformed to the government’s property . Inventor alleges the government’s violations of its own laws while it has made her a scapegoat and a slave by using the Internet and Worldwide web and censoring her story while subjecting her to persecution , economic loss and abuse .

Arguably many may consider the Internet especially the one that debuted after 1990 and that everyone uses is the greatest invention of the 20th Century . The United States Government has taken it as its own empowered and enriched itself by violating the constitutional and civil rights of the Inventor . Problems have mostly resulted because of racism and insider trading . Telecom was set up as a cash cow because those who knew of Hartman’s proposals and how they taught an increase in commercial and economical increase in using the methods that she taught . Therefore congress and presidential administrations grew rich right along with the Nasdaq Stock Market .

Dorothy M. Hartman , after employment in science teaching and related fields for 30 years was disabled retired but wanted to continue working from home . She devised ways of improving the Arpanet , the preexisting government internet. She included in her proposals using cyberspace to conduct transactions ; inviting ordinary consumers to participate , developed the concept of search engines and working online . She shared this information with the federal government in exchange for $25,000 to $35,000 in funding in order to launch a home-based business .

*For any investigative reporters interested in learning more about this story, please contact Author at [email protected] .net

She responded to a solicitation from the government and replied with her enrollment and submission of proposals. She alleges that is how the modern day Internet and its tremendous expansion begun because of her ideas regarding cyberspace and the admission of ordinary consumers to the use of the web or internet – first introduced by Al Gore and called the Information Superhighway Because the ideas that were submitted to the Government’s Innovation and Research Program called the SBIR were written in words and not in code , the government employees primarily the National Science Foundation under the Department of Commerce had final say misappropriated the intellectual property called the Accessing Accessibility Process . The government breached its Contract with her . While sending her denial letters , it essentially hijacked her ideas and revamped or transformed the government’s version of its internet into her version of the internet . All the while participating in a stripping of her personal property including websites, home, and intellectual property without payment .

In the case Hartman vs. United States , the government is accused of being guilty of violation of numerous constitutional and civil rights of Ms. Hartman who is a natural born citizen of this country is being subjected to persecution and abuse in her personal life. Censorship and secrecy regarding the present trial are being practiced . She alleges that she is the legal owner of her own intellectual property and that the government should be accountable for the overwhelming damages to her. It took the property through fraud and oppression and continues to hold it through fraud compounded by secret court actions run like “Black ops both literally and figuratively ” as race is a big factor in the property takeaway ,This case now being tried in the United States Court of Federal Claims , Case No. 21-2214 ( Must be accessed at Pacer.gov ). These matters affect the public and they should know about what is involved . No one of any ethnic group should be subjected to such matters and should have a right to defend their own property with legal court trials .

The inventor is seeking investigative reporters who will investigate and bright the truth of her story to the Public . In the current trial in the Court of Federal Claims , Case No. 21-2214 where she alleges that the Court continues to display an incorrect docket that does not display her Causes for Action , Court Jurisdiction , and Demand as shown in her complaint filed November 24 , 2021 , Document No. 1 . Further she submitted a Motion to the court more than 10 days ago to support her Application for a Default Judgment as the Defense did not answer her complaint , but the Court thus far has not docketed her motion . This hides more evidence from the public and unfair time for Defense to answer. In that motion she named names , dates , and presented evidence to support her motion for a Default Judgment since the Government failed to submit and answer to her Complaint , Document 1 revealing in its self . However the government continues to get away with the violations because of the secrecy and lack of interest . After all it is not in the news , on social media as they are controlled by the telecom and internet agencies and therefore use their algorithms to destroy the story and Ms. Hartman’s websites and blogs. Few people even know how to go to Pacer.gov and access the trial since even though it is only about 10 cents per page to view the instructions to get to the case can sometimes be a bit intricate . ” Evil is as Evil does, says the Inventor and it is not determined by skin color . What is going on [ when my motions are not being docketed ] is evil .”