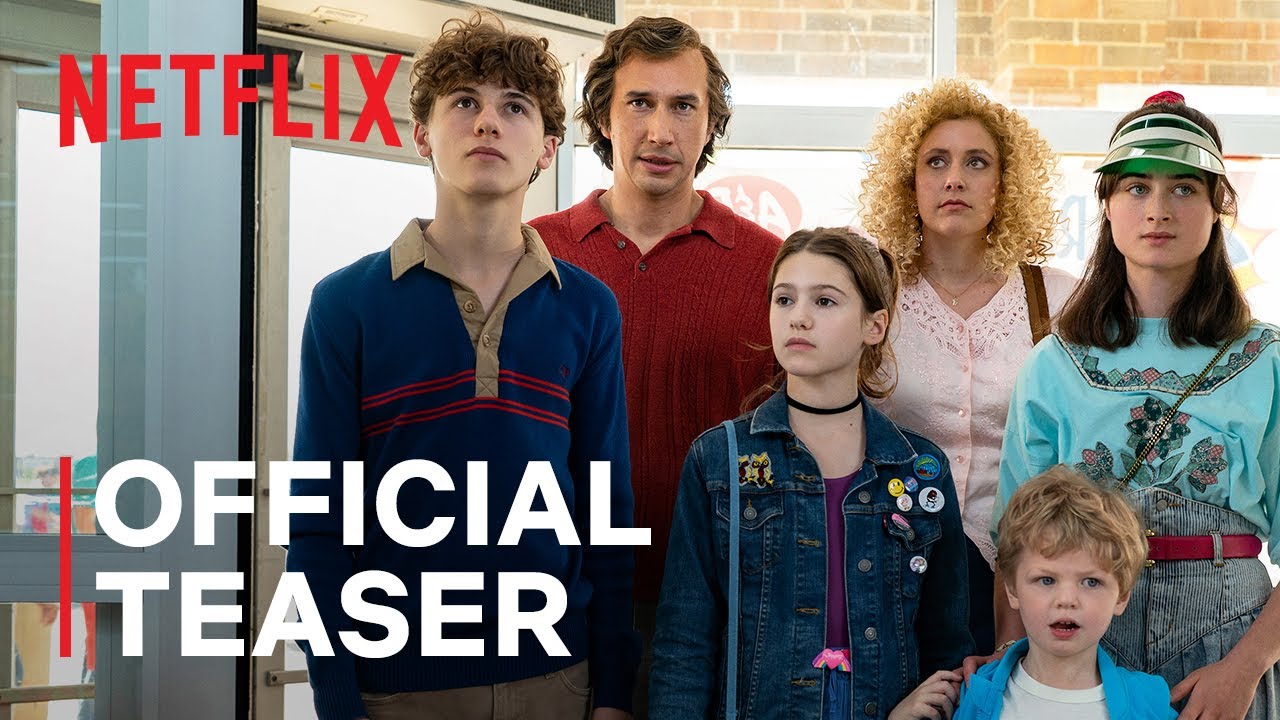 Based on the book by Don DeLillo, a film by Noah Baumbach, starring Adam Driver and Greta Gerwig, WHITE NOISE coming soon to select theaters and Netflix.

At once hilarious and horrifying, lyrical and absurd, ordinary and apocalyptic, White Noise dramatizes a contemporary American family’s attempts to deal with the mundane conflicts of everyday life while grappling with the universal mysteries of love, death, and the possibility of happiness in an uncertain world. Based on the book by Don DeLillo, written for the screen and directed by Noah Baumbach, produced by Noah Baumbach (p.g.a) and David Heyman (p.g.a.). Produced by Uri Singer.