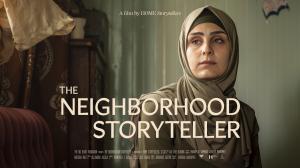 Poster of The neighbourhood Storyteller screening on Nov 5 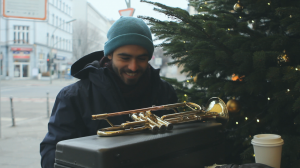 Still from We Are From There screening on Nov 4

After a two-year hiatus, Syria Film Festival returns to Toronto this Friday. 9 films will be screened over 3 nights at the Royal Cinema

TORONTO, ONTARIO, CANADA, October 30, 2022 /EINPresswire.com/ — Founded in 2015, the Syria Film Festival in Toronto (SYFF) is a volunteer-run, not-for-profit organization with a mission to bring Syrian cinema and culture to Toronto through screening Syria-related films of all genres.

SYFF returns after a two-year hiatus for a sixth installment from November 4 to 6, 2022. All screenings will start at 6:30 pm and will take place at the Royal Cinema in Toronto.

“One of the themes in this year’s program is the exploration of the meaning of home and the human ability to cope with change,” said Sahel Zreik, one of the festival’s organizers.

This year’s opening feature documentary, Wissam Tanios’s We Are From There, follows two brothers in their mid-20s as they take a leap of faith and part ways to start a new life from scratch.

A Q&A with Milad Khawam, a trumpet player, producer, and composer based in Berlin, and one of the brothers featured in the movie will follow the screening.

Screening on the second night of the festival is Alejandra Alcala’s documentary The Neighborhood Storyteller, the story of Asmaa, a young and education-deprived Syrian woman embarking on a new read-aloud project to empower teenage girls to build a future of opportunities she never had.

Asmaa’s project is supported by We Love Reading, an international initiative that aims to catalyze long-term cultural change through reading and skill development.

Closing the festival is award-winning director David Henry Gerson’s The Story Won’t Die, an inspiring and timely look at a young generation of Syrian artists, who use their work to protest and process what is currently the world’s largest and longest ongoing displacement of people since World War II.

The full program can be viewed here: tickets are $15 per screening and are available through this link: https://SYFF2022.eventbrite.ca