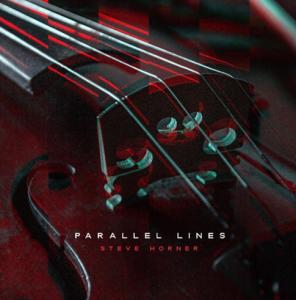 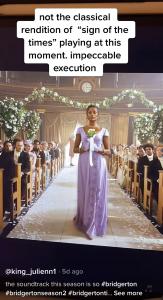 NEW YORK, CA, UNITED STATES, April 7, 2022 /EINPresswire.com/ — *Angry Mob Music’s string cover of Harry Styles’ “Sign of the Times” featured in Bridgerton wedding scene sparks a frenzy of superfans around the world to post thousands of TikTok videos with 43 million views and over a million likes!

*Since the Season 2 premiere of the globally popular Netflix series Bridgerton, Angry Mob Music’s new orchestral version of “Sign of the Times” performed by award-winning composer Steve Horner has also streamed over 500,000 times on major platforms.

On the fifth anniversary of the release of superstar Harry Styles’ 2017 debut hit single, “Sign of the Times,” fans and binge-watchers of Netflix’s globally popular Bridgerton series are going crazy on TikTok over Angry Mob Music’s new string version of the song used during the showstopping bridal march in episode 6. Since the premiere of season 2, a frenzy of superfans around the world has posted over 4,000 TikTok videos with 43 million views and over a million likes.

The track, which was produced by Angry Mob Music co-Founder/Executive Producer and Senior Director of Creative Sean Harrison and performed/arranged by award-winning composer Steve Horner, has also been streamed at least 500,000 times on major platforms like YouTube, Spotify, Apple Music, Amazon, and Pandora.

TikTok posts show dreamy fans listening to the track while on the edge of their seat, holding back tears, imagining the song at their own wedding and more. Is Horner’s new version destined to become the “wedding” song of the summer and beyond? Apparently, fans on TikTok would agree:

@calumfanclub – “Hey Bridgerton how am I supposed to convince my future husband to walk down the aisle to this” (269,000+ likes and 1,700+ comments) https://vm.tiktok.com/ZTdmXB5B5/

@asiapaoloni – Two fans on the edge of their seat fall apart during a crescendo that leads to a pause and spectacular chorus. (243,000+ views, 64,600+ likes and comments) https://vm.tiktok.com/TTPd5K9E7x

@nilenochill’s – “When you wanted to walk down the aisle to a Harry Styles’ song but Bridgerton did it first in 1813” (141,000 likes and comments) https://vm.tiktok.com/ZTdaJ5DWt/

@ffemkebos lip syncs with text above – “sign of the times bridgerton edition is literally all I ever needed, it’s so freaking beautiful. I wanna get married to this” https://vm.tiktok.com/ZTdHXaXLA/

@hattie.bunn – “I may not be engaged yet but, I am certain that I will walk down the aisle to this rendition of Sign of The Times from Bridgerton”(1,328 likes) https://vm.tiktok.com/ZTdHX5yjB/

@marymullane – “THIS IS A BLOODY MASTERPIECE I have listened and cried to this cover more times within the last hour than I care to admit” (65,000 views and comments) https://vm.tiktok.com/ZTd5Kxbrf/

@myfatherfoundthis created her own playlist highlighted by Horner’s track. She wrote -“Songs I want to walk down the aisle to” https://vm.tiktok.com/TTPdHXstN5/

Angry Mob Music, a successful boutique music publisher, label and trailer music company in Los Angeles, landed the coveted placement of “Sign of the Times” after pulling out the stops to create an entire album of custom produced tracks for Bridgerton’s music supervisor Justin Kamp to consider. Harrison and Debra Delshad, Angry Mob’s Senior Director of Licensing and Synchronization, were given early insight into the series’ music needs for season two including a wedding, waltzes and more.

Since Bridgerton had gained notoriety for bringing string covers into vogue, Angry Mob worked for over a year, tirelessly kicking around hundreds of ideas for the right songs. Harrison and Delshad identified eight to produce in house, and then pitched Kamp and series producers. The first was the slam dunk – Angry Mob’s new string arrangement of Styles’ “Sign of the Times,” a global smash hit that charted in over 35 countries, reached No. 4 on the Billboard Hot 100, and went to No. 1 in the UK. In 2021, Rolling Stone included it as one of “The 500 Greatest Songs of All Time.”

With the intention to release “Sign of the Times” along with 7 other string tracks on an album, Harrison executive produced the project and brought in Horner, a frequent collaborator, who arranged and performed the songs working closely with Angry Mob’s all-star production team. “After our internal conversations, I contacted Steve Horner and then my production team was very hands-on working with him. He is a phenomenal to work with, so talented, and the nicest guy in the industry. His instrumentation is fantastic, and he gets my world,” said Harrison.

Horner took the familiar melodies and infused them with a full orchestral sound and classical twist. After Delshad presented the track to Kamp, Bridgerton producers fell in love with the new version for the episode 6 wedding processional. “When fans see the episode, they’ll realize why it was used in that way. All the swells and swirling strings are very deliberate and build to this perfect moment,” Kamp told Variety.

“We’re proud that “Sign Of The Times” ended up being the perfect song that Justin Kamp and Bridgerton producers were looking for,” says Delshad. “Everyone resonated around the track and ultimately Harry Styles’ team liked the amazing recording that we created. We were able to help make the business part happen too, and together with Sean and our great production team we got it across the finish line.”

Besides the big coup of getting a song in the series as well as the official “Bridgerton Series 2 Soundtrack,” Angry Mob has released the album “Parallel Lines” by Steve Horner featuring the track and 7 additional string versions of massive hits, including “Diamonds” by Rihanna, “Royals” by Lorde, “Sail” by AWOLNATION, “Seven Nation Army” by The White Stripes, “ “You Should See Me In A Crown” by Billie Eilish, “Lights” by Ellie Goulding, and “Runaway” by Kanye West.