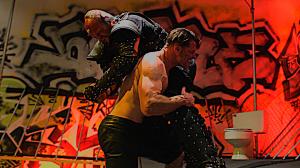 Brooks Fights For His Life 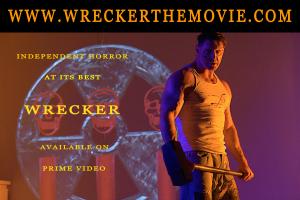 “Are you looking for a movie filled with zombies, drug kings, fighting hulks, handsome detectives, pole dancers, girls fighting in their underwear and gore? Then, look no further, my friends.”

SAN FRANCISCO, CALIFORNIA, USA, October 28, 2022 /EINPresswire.com/ — Horror film enthusiasts discover shocking and unexpected storylines in Independent films because limited film budgets call for creativity. In fact, one primary reason Horror film enthusiasts choose Independents over major Hollywood epics is because they tire of predictable plots and forgettable endings. This Halloween, get ready for an authentic horror film that is unforgettably entertaining. Visionary filmmaker Bryan Brooks brings forth an absolutely insane action/horror film that is sure to be a cult classic. Interesting to note while watching this film is that it was written, directed, and edited by the main star of the film, Bryan Brooks. In addition, Brooks built each set by himself, designed costumes, choreographed fight scenes, performed all his stunts, including 7 car crashes, and created all special effects and coloring for the film.

One might think that one man couldn’t possibly create a film that’s worth watching all by himself. But Ryan Brooks has done the impossible and brought the same quality to his film that you would expect from any high budget movie.

Wrecker is the perfect film for this Halloween season. If you love action and horror and are looking for an original story that will keep your interests perked for the entire ride, or if you love helping Independent Filmmakers succeed, then please look for Wrecker on Prime Video.