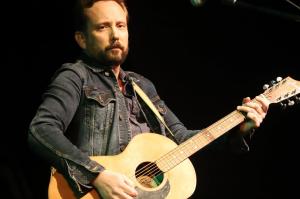 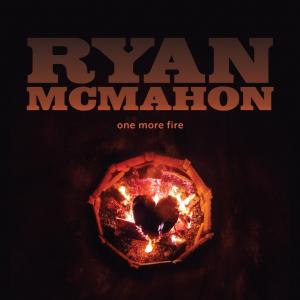 There is nothing like the energy between a band workin’ it and an audience that appreciates it.”

NASHVILLE, TENNESSEE, UNITED STATES, May 16, 2022 /EINPresswire.com/ — Popular Canadian singer/songwriter Ryan McMahon burns with energy in the forward-looking “One More Fire” performance music video, which premieres today on The Country Network. From a solitary stroll through empty and overcast city streets to the vibrant, neon world of The Queen’s club (Queen’s Hotel, Nanaimo, BC), the visuals build with the pace of the song. By the end of the clip, McMahon is crowd-surfed by revelers and the excitement is palpable. Featured in the video are the venue’s real-life bartender, Sarah, longtime McMahon fans, and his band Shane Hendrickson on bass and vocals (Natalie McMaster, Gene Simmons), Lance Lapointe on guitar and vocals (Randy Bachman, Marcy Playground), and Matthew Atkins on drums (three-time Canadian Country Music Award Drummer of the Year winner, bandleader for Chad Brownlee).

Directed by Sean Lyons (Aaron Pritchett), the shoot took Ryan back to the site of his first full-band performance. “It was awesome to film this in a place I know as well as Queen’s,” McMahon notes. “So many memories – and there was no better place to reconnect as we were coming out of the lockdowns and social restrictions. There is nothing like the energy between a band workin’ it and an audience that appreciates it.”

With six Canadian album releases, years of touring, and commercial success under his belt, Ryan has earned a large following in his native Canada, the U.S. and beyond. He’s performed at the prestigious Imperial Theatre in Saint John, New Brunswick, Denmark’s Tonder Festival, countless nightclubs and other venues. McMahon has shared the stage with Lucinda Williams, Burton Cummings, Nickelback, Buffy Sainte Marie, Citizen Cope, Chad Brownlee, Aaron Pritchett, Dallas Smith and Brett Kissel among others.

Born on the coast of British Columbia in a small seaside hamlet on Vancouver Island, Ryan’s first performances were comedy sketches for family members. He picked up a guitar in high school and played in talent contests and clubs in nearby cities as an under-aged performer. He moved to Vancouver after graduating high school, and spent a decade playing small clubs, hosting open mics, writing, and recording. Influenced by Jackson Browne, Chris Stapleton, Sturgill Simpson, Jason Isbell and Eddie Vedder, McMahon worked to find his own sound – and succeeded. He penned his first album, BETTER DAYS GONE BY in 2006. He moved back to Vancouver Island in 2008 and, as a solo artist, McMahon won a record three Vancouver Island Music Awards for Album of the Year, Male Artist of the Year and Male Vocalist of the Year in 2012 with ALL GOOD STORIES. After touring in support of that album, he joined forces with Cory Woodward and Christopher Arruda to create Lion Bear Fox, a trio that toured Canada, the U.S. and Europe until 2019. Several of his tunes have found placement in television programs, including Californication (“I’ll Be Damned”), The Real Husbands of Hollywood (“Double Life”) and Chesapeake Shores (“Takes Me Away, “In Line for a Smile”). A commercial campaign for TET Tea in Eastern Europe featured his song “Freedom.” Since 2020, Ryan’s focused on his songwriting and toured steadily as a popular solo act. “One More Fire” (Elbowroom Recordings) is Ryan’s first release to U.S. Country radio. He is sponsored by Gilmore Guitars of Red Deer, Alberta, Canada. In his spare time, he adds to his massive baseball memorabilia collection and enjoys family time, paddle boarding, cooking and watching baseball.